Get vaccinated today. Talk to our team of healthcare professionals today at Reddy Urgent Care about the vaccinations we offer for patients of all ages. For more information, call us now. We have 4 convenient locations in Downtown Long Beach CA, Bixby Knolls Long Beach CA, Huntington Beach CA, and Paramount CA. We are open 7 days a week.

Vaccines are injections made up of the same germs that cause the diseases they are protecting against. However, the bacteria in the vaccines has either been killed or weakened to the extent that they won’t make you sick with the disease. In some cases, vaccines are made up of only part of the disease bacteria and not all of it. Vaccines work by stimulating the immune system to produce the necessary antibodies to fight off the disease, in the same way your body would if you actually contracted the illness. This helps your body to build up an immunity to the disease without having to actually get it. The immunity that the vaccine provides will then protect you should you come into contact with the bacteria that causes these diseases at any point in your life. Not all vaccines provide lifetime immunity in the first shot, or ever. Many vaccines require multiple doses in order to be effective and some of them require a booster to be given at regular intervals throughout a person’s life to provide continued protection against the bacteria that they fight.

What are the standard vaccinations?

The list of standard vaccinations is quite extensive, with most of them given to children before the age of 5. This is to ensure that children are fully vaccinated prior to starting school, where they will be exposed to a large number of people and more likely to catch any illnesses that are going around. The standard vaccines include:

Your doctor can provide you with details around when each immunization should be completed for your child and also provide you with information around your own vaccination records and what vaccines you may require as an adult.

What diseases do vaccines protect against?

Vaccines have been developed over the past several decades to provide protection to the general population in developed countries against illnesses and diseases that have severe outcomes, including death. Many of the illnesses and diseases that vaccines protect us from are spread through direct contact with an infected individual, or through the air, which can lead to quick spread of many people at a time, making them very dangerous to the general population. Vaccines have been able to nearly eradicate many diseases that caused widespread illness and death at the peak of their spread, many of which we now only hear about in history lessons. These illnesses include chickenpox, diphtheria, measles, mumps, pertussis or whooping cough, polio, pneumococcus, rotavirus, rubella and tetanus. The influenza vaccine is an optional vaccine that is designed to protect us against the seasonal flu.

How do vaccines work in general?

In general vaccines work by stimulating our bodies to produce antibodies to fight the bacteria that can cause serious illness or disease that could lead to severe complications or death. Vaccines are built using the bacteria of the disease in a weakened or inactive state and injecting it into our bodies. As a natural defense, our bodies will produce the antibodies to fight the bacteria without us needing to contract the actual illness, therefore building an immunity against the disease. Individuals who are immunocompromised are often not able to get vaccines as their bodies aren’t able to properly produce the antibodies needed, so it’s up to the general population to get vaccinated in order to protect those who can’t be. If you have any more questions, call us now. 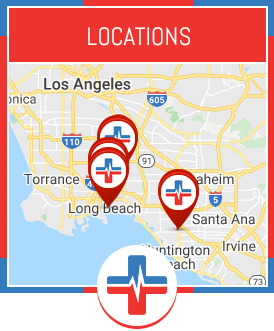